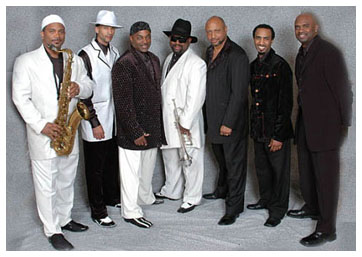 Felton Pilate would join the group soon after.

Con Funk Shun worked with the Stax label in the early 1970's as the backup band for the Soul Children.

Mercury Records signed Con Funk Shun in 1976. "Ffun," their first hit, was written by Michael Cooper. Cooper and Pilate would eventually share the lead vocal work on most of the Con Funk Shun hits.

I've always admired the style, sound, and precision of this group. They definitely are a crowd pleaser.