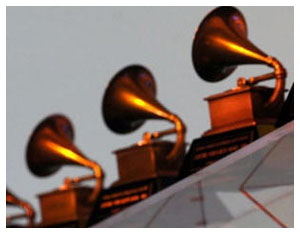 In a move designed to downsize the density of awards, the Grammys are streamlining their portfolio of potential winners for 2012.

Categories are being sliced, diced, and reduced to 78 from 109.

Some separate male and female awards will be combined into new categories.

The R&B area was hammered pretty hard. 8 awards have been cut to 4. A review of the awards category restructuring page at Grammy.org reveals that "Best R&B Performance" will take the place of these 4 eliminated classifications:

Hip hop lost only one category dropping from 5 to 4.

A date for the 54th Grammy Awards in 2012 has not been announced. Look for the show in February. Hopefully it will be shorter, and more entertaining.