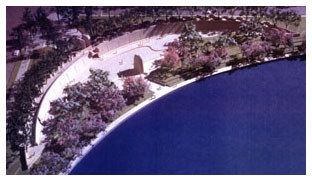 Ground was broken this week in Washington, D.C., for the Martin Luther King Jr. National Memorial.

This photo is a computer enhanced model of what of the completed memorial will look like. Here are some fast facts about the project from the official MLK National Memorial website: