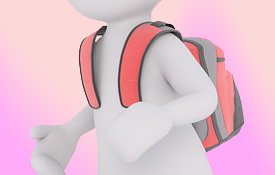 Did you know that Match 3 Games are the most popular mobile games in the world? We have six of them in the app stores responsible for thousands of downloads across Android and iOS.

Modern match 3 game design is patterned after the trend setting 1984 game Tetris. This image is an example of a Tetris game.

As blocks fall down from the top of the game screen, players move the blocks from left to right (or rotate them) to score.

The early home for Tetris was on the Commodore 64 and IBM PC computers.

Next to jump on board was Atari (1988). In 1989, Nintendo added the game to their hand-held Game Boy portfolio.

Most match 3 games evolved using this familiar row and column layout with the following gameplay rules...

Our first match 3 games were developed using LibGDX, an open-source game-development app framework written in the Java programming language with some C and C++ components.

C and C++ are two to the world's most popular programming languages.

We switched to the software development tool kit Unity for our latest match 3 games.

Xcode (SDK software development kit) is used for our iPhone and iPad versions.

In addition to the Thanksgiving games, players agree that all of our other match 3 mobile games are fun to play. Here's what you've said...

"Love this on my commute"- Anita Johnson (Pizza Burger Match 3)

Watch the video to see non-stop Backpack Bounce Match 3 Game action (with my comments) and grab the free app.

Backpack Bounce App Video: What Kind of Game Is It?
Android or IOS Apps. Touch the titles below to learn more.