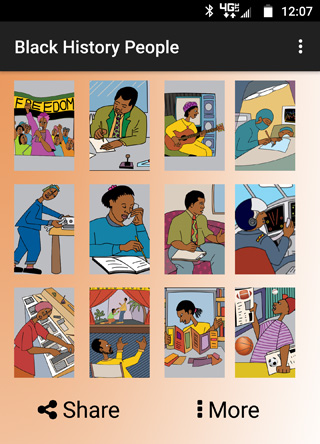 Here's a sneak peak at the new Black History People 2 Android app which has been completely re-engineered from the ground up. The original version released in 2011 has had over 78,000 downloads. We incorporated most of the suggestions folks left on Google Play to make lots of improvements to version 2. The new version is 95% complete.