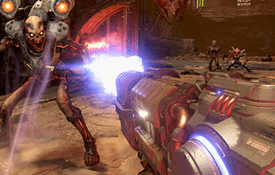 A rugged individual. This character type could reap a reputation of renegade violence out of chaotic gun driven 'justice' in the old west.

This model of behavior partially defines the global sterotype of "the reckless American."

Our Society's video games are no exception. From Duke Nukem to Doom and beyond, first person shooter sequences capture a vicarious thrill for players who gaze down the barrel of a gun or riffle to score game points. 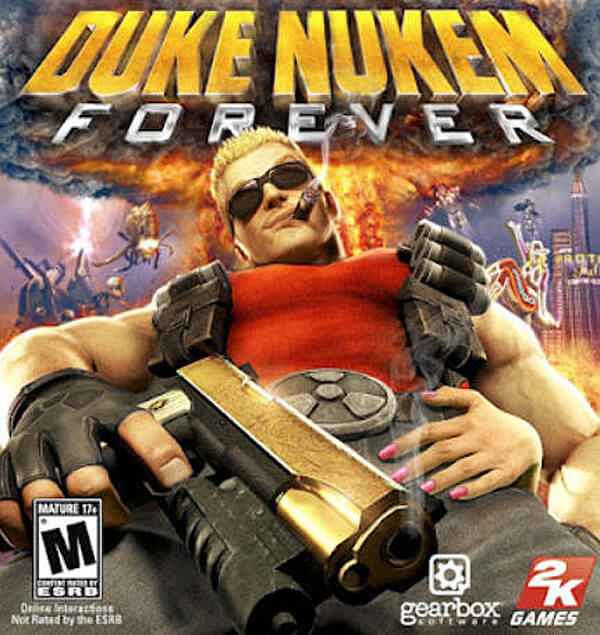 In the early first person shooter games all you see is the barrel of the weapon larger than life at the bottom of the video screen actively seeking out kills with the aid of the player.

A bombastic example on the silver screen is the 2006 unrated extended edition of Doom featuring Karl Urban and Dwayne "The Rock" Johnson. The final act in the movie captures the carnage that the video game originally cooked up.

See a variant of the video game rendered below. 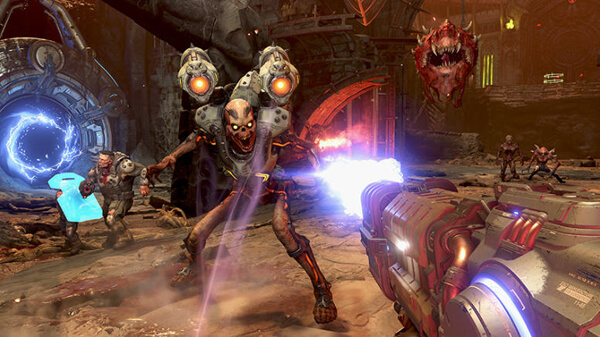 I'm not one for censorship, especially among adults. I don't criticize other game developers who want to play with or create first person shooter fire. This game genre never captured my attention. As such, you won't find one in our app catalog.

Censorship of digital games is a no go. Ratings to aid parents are fine. Video games are entertainment even if some of them overflow with macabre massacre madness.

Control of weapons, specifically weapons of mass destruction in a free society is a separate issue. With 330 million Americans and 393 million weapons (according to a 2018 report by the Small Arms Survey), it is clear the arms race is winning stateside.

As of this writing Black women are the fastest-growing group of gun owners in the USA according to reports by NYMag's The Cut, NPR, The Philadelphia Tribune, Essence, and other reputable sources.

It will be interesting to see if the death of the first person shooter video game happens and gets documented in a future digital obituary.

Perhaps gun violence in our streets will play a role moving people away from 'first person shooter video games' as go-to entertainment.

Doomed: Death of the First Person Shooter Video Game
Android or IOS Apps. Touch the titles below to learn more.