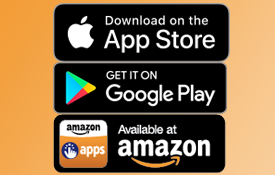 About a couple of years ago I received the following email on a Saturday night from Ezell who wrote:

"I am looking to get into the industry and like you focused on African American games. How have you found the industry has it been lucrative?"

Here was my exact answer:

"Hello Ezell. The app industry is extremely hyper competitive so you have to know what you are doing. Lucrative income was not my primary motivation for creating apps. I will tell you that out of 20 apps we have released 4 of the top 5 money makers do have African American themes or images however some have cross-over appeal beyond the black market. Not all of our apps have African American themes. Focus on research. Study the market. Release high quality products."

I wonder how Ezell is doing now and if a decision was made to take the first step by moving forward. You just have to do it and make a move without fear to accomplish what you want.

Here's a tweet along with a link to an article I shared that is relevant to the theme of Ezell's question. "Anyone can do it," making apps that is, but you have to believe in yourself first!

How to make a video game @Clickteam @Basic4Android. Read why these developers interviewed by the BBC say 'anyone can do it'

Why App Developers Say Anyone Can Do It
Android or IOS Apps. Touch the titles below to learn more.