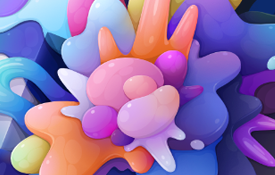 We've just finished the soon to be released iOS version of our current Android app, Santa Jump Game. One thing we don't like is our design of the iOS placeholder game buttons.

Photoshop Elements (and the full Photoshop) is a raster-based tool that uses pixels to create images.

A quick search for 'buttons' on the global marketplace for learning and instruction website Udemy landed me on a course teaching how to create stylish buttons. (Read our thoughts about Udemy written in 2018).

The buttons course instructor is using a software app called Affinity Designer. I had never heard of it.

I did some research then downloaded the Windows version with a 10 day free trial. Mac and iPad are also supported. Unfortunately, this is software with a very steep learning curve.

We completed the buttons course in about an hour. Step-by-step the teacher shows and tells effectively in the videos.

Unfortunately the instructor never included an introductory review of the app interface to explain exactly how to use this complex software from scratch!

If you are a complete beginner in this tool like I am this is bad.

No problem. I then signed up for one of the highest rated Affinity Designer training courses that goes through the software from soup to nuts.

I have to say that Affinity Designer is brilliant. The creators say it took over 5 years of development before they released the app in 2014 and it shows. 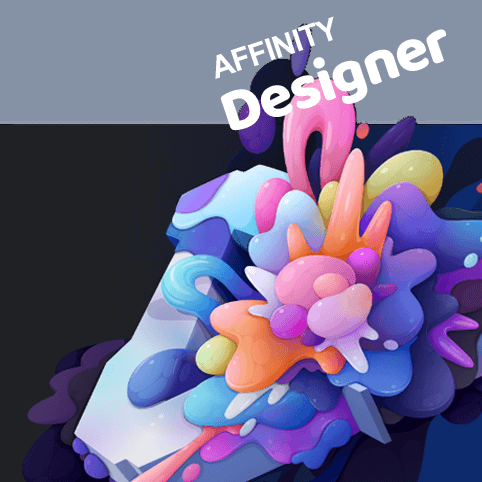 Unlike Adobe's high priced subscription based Illustrator that works using vectors, Affinity Designer by Serif (company) at this writing is less than $50 for a one-time cost.

I’m amazed at what a brilliant tool Affinity Designer is.

An Affinity To Learn Something New
Android or IOS Apps. Touch the titles below to learn more.