You're getting an exclusive, insider's look sneak peak right here!

Finally, iOS gets the Hip Hop Quiz too. Discover why we combined the R&B Quiz and the Hip Hop Quiz into two separate sections of the same app. For more see Hip Hop and R&B Plant Flags in One Mobile Quiz App.

We continued to tweak the new iOS version of the game which is essentially finished. Once the iPhone version is released, we'll update the Android version next.

The Android timeline for developing this game: 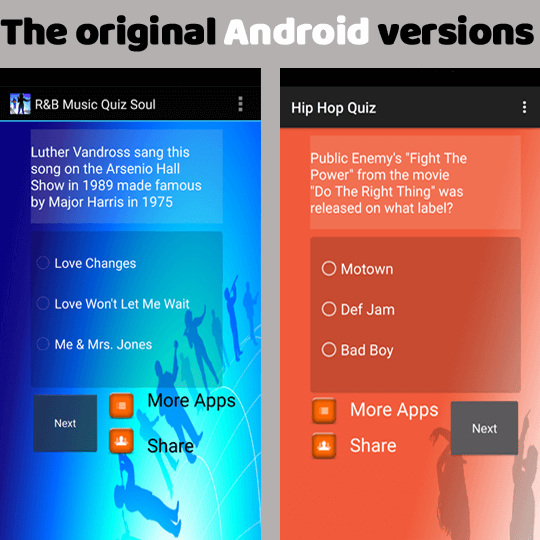 RnB and Hip Hop Quiz for Android was released in 2020. 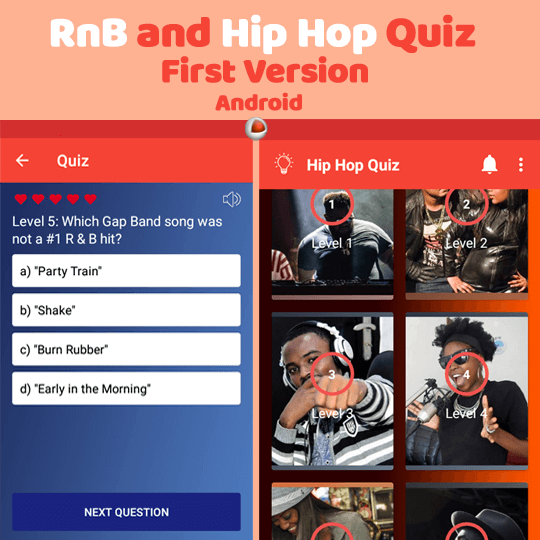 RnB and Hip Hop Quiz for iOS
Android or IOS Apps. Touch the titles below to learn more.