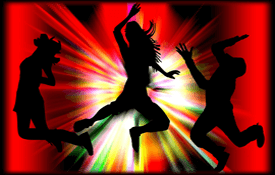 In Music Trivia Quizzes Sing Song Success you'll see a video that features our RnB and Hip Hop Quiz on an iPhone - iPad.

Below are just a handful of questions from this music trivia throwback challenge app as they appear in the Android version of the mobile game.

I wrote and researched all of the questions in RnB and Hip Hop Quiz trivia. 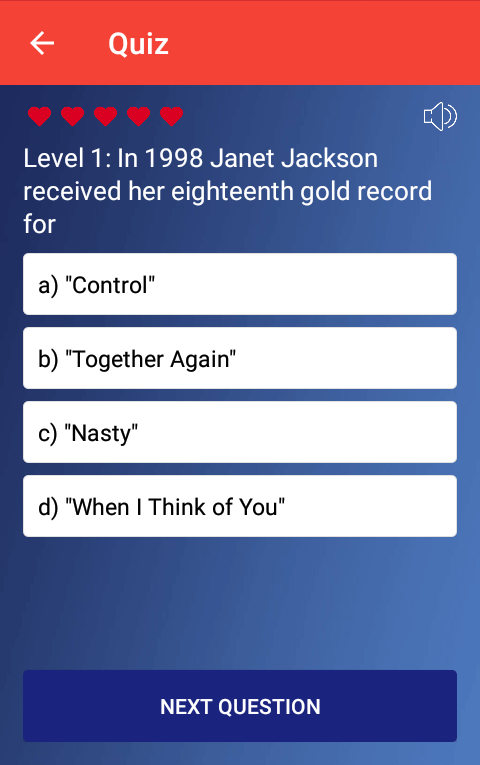 Did you know that in 1991, Janet Jackson's "Love Will Never Do" (Without You)" was a #1 pop hit. Janet was the first artist to have seven top five pop hits from the same album. 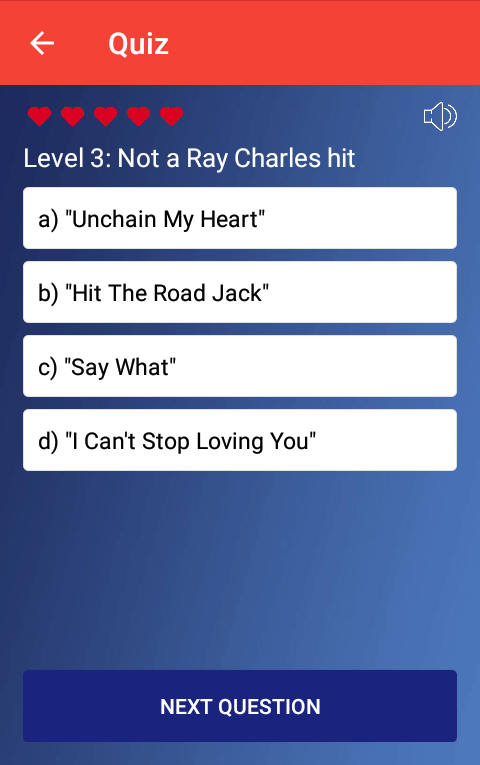 Ray Charles Robinson (1930 - 2004) was inducted into the Rock and Roll Hall of Fame in 1986. He received his Lifetime Achievement Award at the thirtieth annual Grammy Awards in 1988. 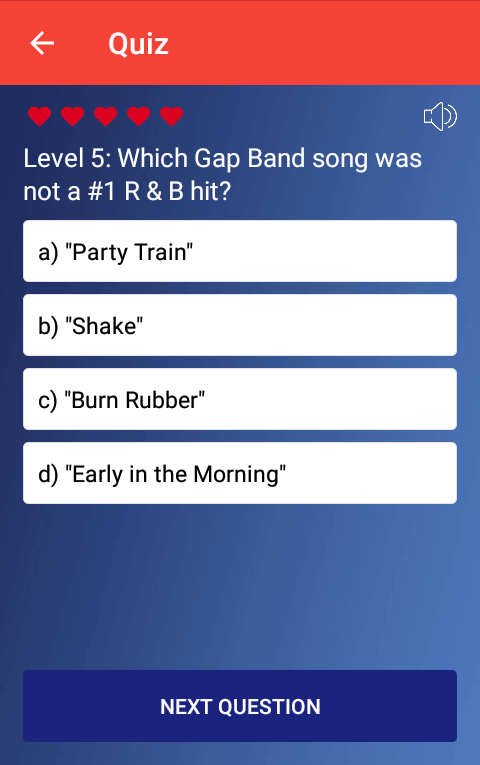 The group chose their name after three streets in Tulsa: Greenwood, Archer, and Pine.

It's Mandrill with: Lou, Richard, and Carlos Wilson. No relation to The Gap Band Wilsons! 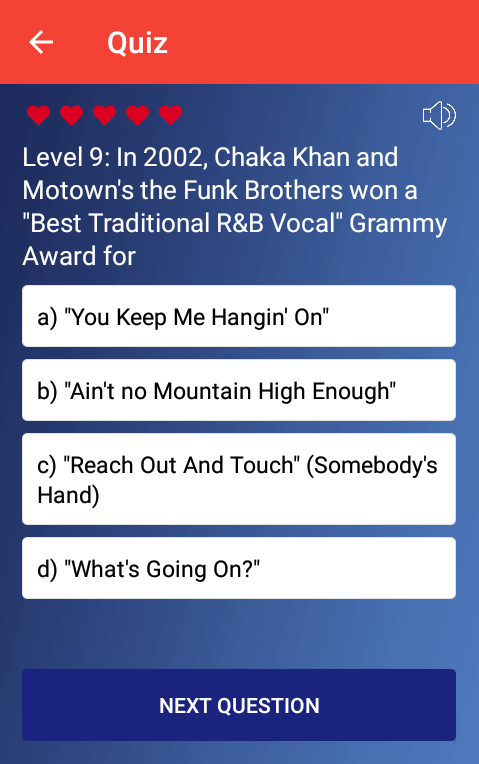 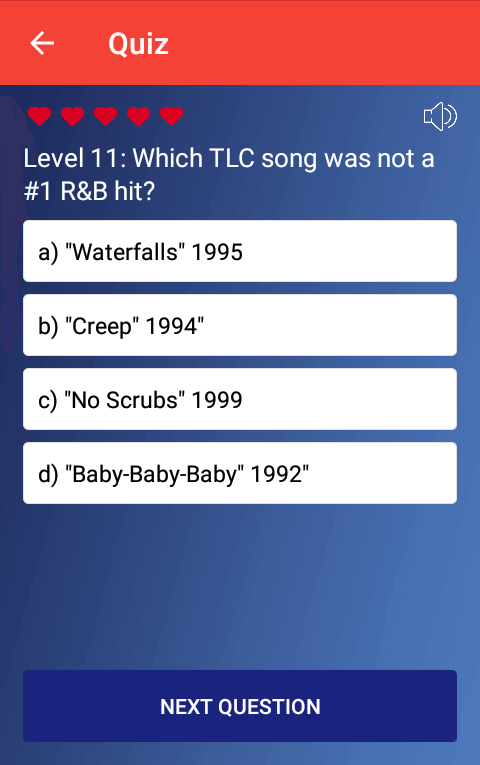 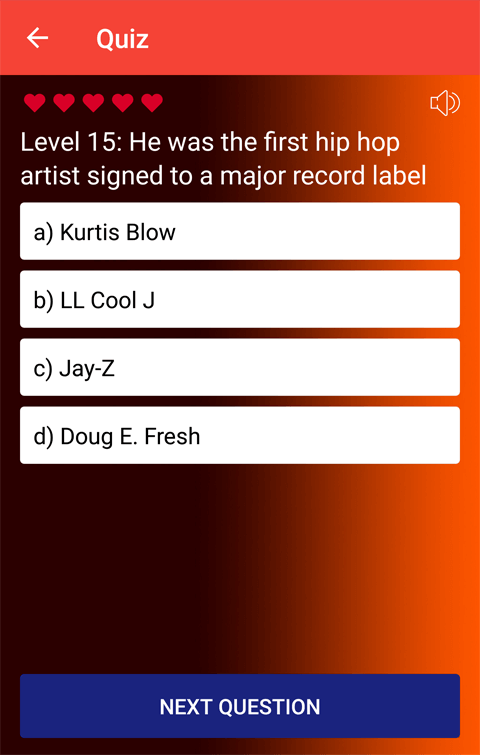 Do you know the answer to this one? I won't give it away. 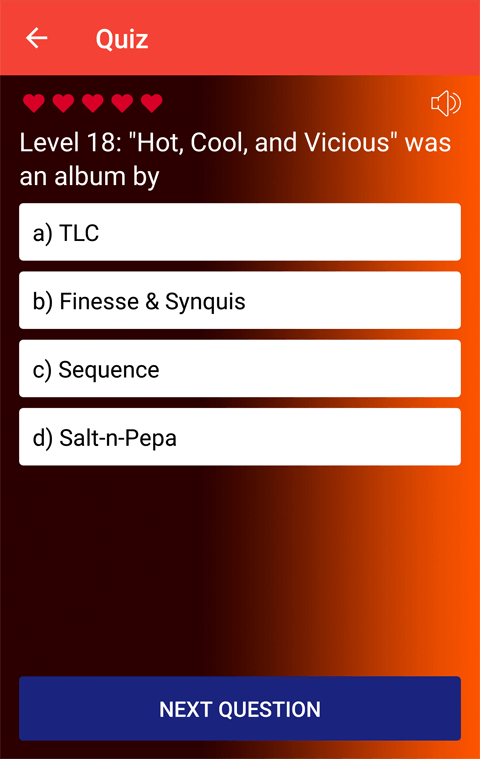 Do you know the answer to this one? 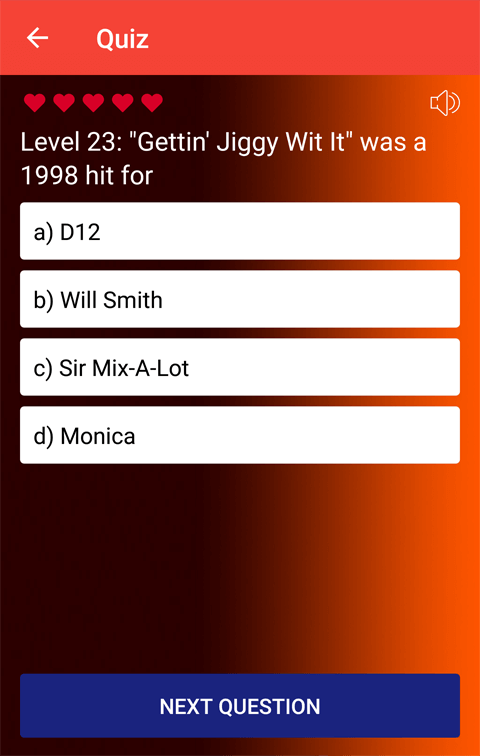 An easy one! Discover RnB and Hip Hop Quiz trivia featuring 12 levels with R&B questions, and 12 levels with hip hop questions. Your choice. Twenty-four levels are in the mix.

Enjoy both the Android or the iOS version on your mobile device.