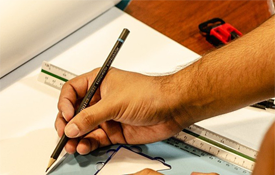 iPhone 13 has just been released. As a follow-up to the disclosure about Android screen sizes in Sizing Up Thanksgiving Match 3 Game App Screens, here's a quick look at the same mobile app on iPhone.

Although it is easier to design screens for iPhone and iPad because there are many less variants than Android, the iOS screen design process is still tricky.

Here is the same Level 7 of the game, first displayed on an iPhone 12 Pro Max. 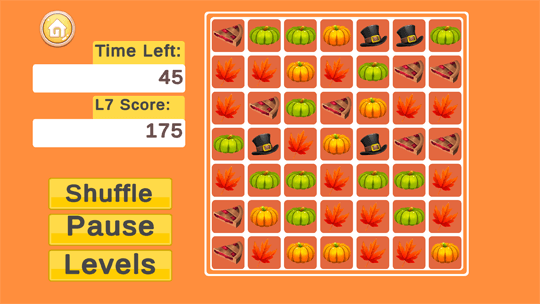 The subtle difference between these two is where the 'Home' button in the upper left corner is rendered by development software.

To support every iPhone from iPhone 6S to iPhone 12 (and now the new iPhone 13 as of this writing), screen elements have to adjust as precisely as possible so you'll see a pleasing layout that is easy to use.

This technique is implemented in the screen design process by the developer using various tools.

We rarely get notes from our app users anymore about games or informational applications not displaying correctly on their mobile screens.

Our past two posts have explained what's behind the contemporary screen design process for iOS and Android.

Thanksgiving Match 3 Game app version 2.0 for iPhone has now been submitted to Apple for review. Look for it soon (Update September 15, 2021: now approved and live in the App Store), and also see the new Android version right now!