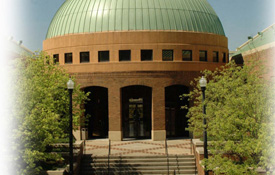 Birmingham, Alabama is famous for being at the center of the American Civil Rights Movement. This city is the largest in the state.

For more about how this metropolitan area of over 1 million people influenced American culture, travel with us to the Birmingham Civil Rights Institute.

This is the Black History Museums VIP Tour. Enjoy episode 4.